Thrift around the globe: a new book on frugal living just published

The subject of thrift at a time of war in Ukraine, rising commodity prices, and climate uncertainty resonates in the public sphere. But behind this seemingly simple and universally valid idea lies a world of paradoxes. In the new publication Thrift & Its Paradoxes: From Domestic to Political Economy, an international team of experts presents the diversity of perceptions and practices of thrift in various parts of the world.

Thrift appears to be a simple principle that should help bring about a better future for individuals and society in a world of limited resources. It represents a kind of moral compass that tells people: spend not, waste not, save up! It builds on the age-old ideal of household self-sufficiency, which is often contrasted with capitalism’s wasteful present-focused growth. But thrift is far from simple. It takes many forms, varies across different social scales, and is full of paradoxes. If it is to become part of a change in attitude to life on Earth, it must first be well understood.

Thrift & Its Paradoxes: From Domestic to Political Economy was published by Berghahn Books and edited by Catherine Alexander (Durham University) and Daniel Sosna (the Institute of Ethnology of the CAS).

Over the course of nine chapters, the contributing authors describe just how diversely thrift is perceived, practiced, and talked about in different geographical regions and social contexts. “From the very beginning, what has fascinated me about thrift has been its multi-layered and contradictory nature. On the one hand, we praise thrift as a virtue, while having the need to be generous as well, and at other times, we are wasteful just to maintain the status quo,” says Daniel Sosna, one of the editors of the book. 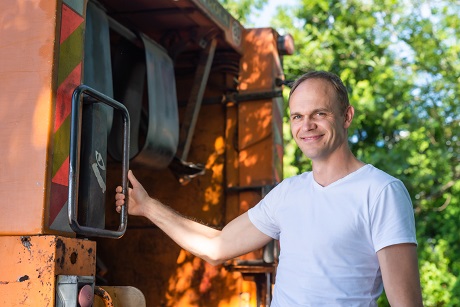 Daniel Sosna from the Institute of Ethnology of the CAS focuses on issues such as waste in his research. (CC)

Thrift can be full of contradictions depending on the context or in regard to what people say and what they actually do. Moreover, it is influenced by cultural, social, and historical factors and can lead to unlikely associations. We have long known that thrift at a lower economic level does not necessarily benefit the economy at a higher level.

“The book can be understood metaphorically as an anatomy of thrift and its paradoxes,” Sosna explains. The text is concerned with five main topics. The first section traces the connection between thrift and qualities such as self-discipline, modesty, prudence, or the desire to accumulate. The second topic deals with structural conditions, namely how thrift is related to scarcity and, conversely, excess.

The third section highlights the limits of thrift. A lack of thrift can easily lead to carelessness, while excess can lead to greed and avarice. The fourth topic examines the relationship of thrift to temporality, i.e., how ideas and practices change in regard to ritual cycles, intergenerational solidarity, or long-term care of resources. The last section explores the transformations of thrift across various scales and contexts.

The editors’ introduction of a theoretical framework is followed by an overview chapter by Stephen Gudeman tracing the historical development of how thrift has been considered from antiquity to the present. Central to the story of changing notions about thrift is the tension between the need to conserve resources to ensure household continuity and the market’s tendency to mobilise saved up money for future growth. 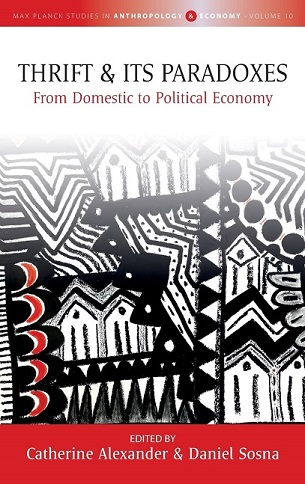 The book was published by Berghahn Books.

Contributing author Deborah James and her co-authors describe tactics that enable South African women and their children to survive in an environment of extreme poverty. Paradoxically, she shows them as a means that can lead to debt. In another chapter, Agustin Diz follows how produced resources and resources that the indigenous peoples in Argentina receive as welfare are managed.

In Chapter 4, Tomasz Rakowski studies the thrift practices of Mongolian herders. The author traces how traditional cosmological notions intertwine with the world of entrepreneurs. Here the idea of thrift is intrinsically linked to solidarity, which requires giving. The chapter by Barbara Spalová focuses on the dilemma of Czech monks who, on the one hand, need to fulfil the ideal of frugality, but must also take good care of the property entrusted to them.

Daromir Rudnyckyj analyses the development of capitalism in regard to Indonesian heavy industry in relation to religion. He shows how the management of the ironworks reinterprets Islamic texts in order to reinforce in their workers the ascetic ideals of hard work and thrift.

Daniel Sosna contributed a chapter on resource management practices among Czech landfill workers. He contrasts their desire to salvage what they can from the waste to their reckless management of water, electricity, and fuel by way of specific ideas about ownership and the nature of the materials to which these ideas are attached. In the final chapter, Richard Wilk explores the link between thrift and laziness in the context of indigenous peoples in Belize.

“The book is a testament to diversity and human ingenuity. In a time of globalisation and competing ideas about the proper use of resources in the future, it is easy to succumb to the notion that everything can be reduced to a simple principle with wide applicability,” Sosna concludes.

In Thrift and Its Paradoxes: From Domestic to Political Economy, the group of authors shows that beyond the world of universal templates and pigeonholes, there is a world of the everyday that can bring unexpected connections, lead to paradoxes, and has real consequences for how resources can be utilised.

The text and photo labelled with CC are released for use under the Creative Commons licence.