The budget for research should be increased, Academy Assembly attendees agreed

In the light of the energy crisis, planning the 2023 budget of the Czech Academy of Sciences proved to be a challenge. The 60th session of the Academy Assembly of the CAS tackled issues related to science and research funding when energy costs are currently on the rise. The Assembly took place at the National House Vinohrady in Prague on 13 December 2022.

The Academy Assembly of the CAS was held in the presence of the President of the Senate of the Parliament of the Czech Republic, Miloš Vystrčil, Minister for Science, Research and Innovation Helena Langšádlová, and other guests. Although the budget outlook is not very promising, the two politicians agreed that research has the potential to solve the problems our society is facing today. 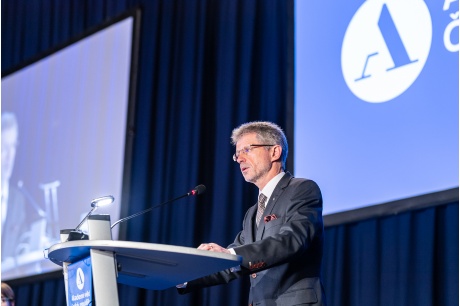 The President of the Czech Senate, Miloš Vystrčil, attended the Academy Assembly.

Due to the vocal indisposition of the President of the CAS, Eva Zažímalová, the Vice President Ondřej Beránek gave the opening speech. He began by mentioning the energy crisis, which has adversely affected the budget of the Academy and its institutes. For instance, high energy costs make it impossible to purchase new equipment, which may have a negative impact on the quality and scope of research. 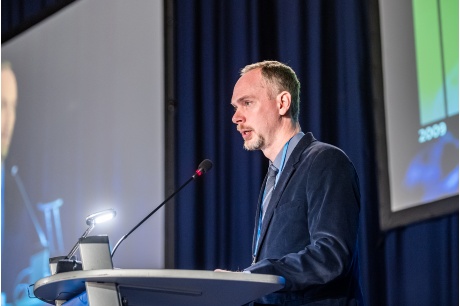 The opening remarks were given by Vice President of the CAS, Ondřej Beránek.

“Given the current situation, the increase in the budget for the Czech Academy of Sciences by 400 million CZK for next year is positive. Half of this amount will be used to cover the increasing energy costs,” Beránek said, pointing out that the amount would still cover only forty percent of the increased costs, which have exceeded 500 million CZK.

The Czech Minister for Science, Research and Innovation, Helena Langšádlová, also commented on the research budget. She pointed out that institutional support for the Academy has been increased by 700 million CZK this year. However, it was challenging to put together the budget for the coming year, and at least a partial increase has been pushed through. “I believe that further negotiations on funding will be successful. We need to take inflation into account and further strengthen the science and research budget,” she added. 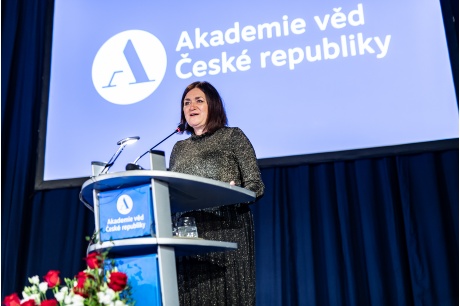 According to the Minister for Science, Research and Innovation, Helena Langšádlová, it is necessary to strengthen the budget for research.

Cooperation with the government
Langšádlová also stressed how crucial it is for politicians to consult with the scientific community. She also praised the Academy’s Strategy AV21, which responds to current societal challenges and problems by way of various research programmes. 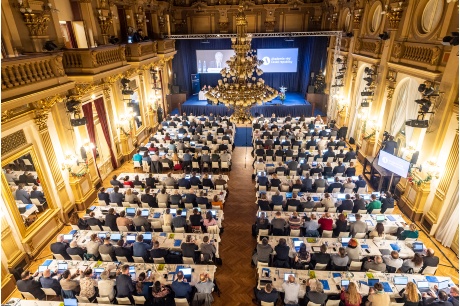 The 60th Academy Assembly was held at the National House Vinohrady in Prague.

The Strategy AV21 was also key to the activities prepared by the Academy in the context of the Czech Presidency of the Council of the European Union (July–December 2022). It specified three priority topics – new genomic techniques, energy, and social resilience. Radka Wildová, Deputy Minister of Education, Youth and Sports, praised the cooperation with the CAS on the Czech Presidency. “We managed to compile several key European documents – the ‘Prague Declaration for Synergy in Science and Research’ and the ‘Brno Declaration on Large Research Infrastructures’ – both offer a good opportunity for us to link domestic and international knowledge,” Wildová highlighted, also thanking the Czech Academy of Sciences for the rapid integration of Ukrainian researchers into its workplace in the wake of the war in Ukraine.

The Academy Assembly of the CAS is held biannually, with the next one set to take place on 18 April 2023.