Astronomers from the Ondřejov Observatory of the Astronomical Institute of the CAS have modernised and assumed responsibility of the ESO 1.52-metre telescope of the European Southern Observatory La Silla in Chile. Operated remotely from the Czech Republic, it will be used to search the universe for new exoplanets and a planet similar to our Earth. The Czech researchers plan to participate with their observations on space missions of the European Space Agency.

It is one of the few places in the world where the night-time sky is unobstructed by light pollution and offers clear views almost all 365 nights of the year. The European Southern Observatory La Silla takes full advantage of the exceptional observing conditions in the Chilean Atacama Desert. The operation of one of its telescopes, the ESO 1.52-metre telescope, has been renewed and will now transmit images and data to the Ondřejov Observatory. Czech astronomers from the Astronomical Institute of the CAS are newly in command of the telescope.

“We have been given full access to the telescope to use for ten years with the possibility of extension. This is a unique opportunity for us,” said Petr Kabáth, head of the exoplanet group at the Astronomical Institute of the CAS. “We can help make new discoveries and we also no longer need to wait in a long queue, figuratively speaking, for viewing time slots at other telescopes. The ESO 1.52-metre telescope is ours to use, and we can determine ourselves when and what to observe,” he added. 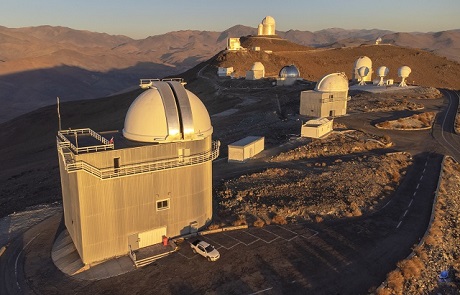 The ESO 1.52-metre telescope at the European Southern Observatory La Silla in Chile

In the second half of the 1960s, the ESO 1.52-metre telescope (with a primary mirror diameter of 1.52 m) at the La Silla Observatory was one of the first that began to explore the universe. Thanks to it, astronomers discovered and catalogued (among other cosmic objects) several thousand stars in our galaxy.

The telescope was decommissioned in 2003. Less than two decades later, Czech astronomers were present when its fate was being decided. They reached an agreement with the European Southern Observatory to repair, upgrade, and assume responsibility of the telescope. In cooperation with the Czech company ProjectSoft HK, they replaced the entire control system and automated the telescope so that it could be operated remotely from the Czech town of Ondřejov. “This is a good example of successful cooperation between Czech science and Czech industry,” Kabáth noted. 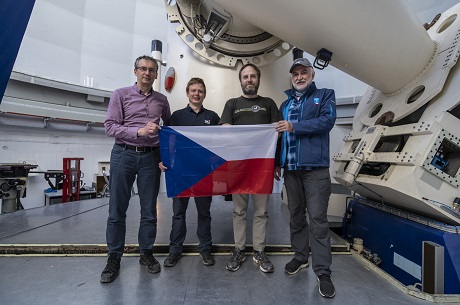 The telescope looked up to the sky again at the end of March 2022 and is now in the test run stage. The research team is planning to equip it with a new PLATOSpec spectrograph in 2023. The Czech astronomers are working on this alongside their Chilean and German colleagues, with whom they have formed a consortium.

The spectrograph will focus on finding new exoplanets, i.e., planets outside our Solar System, and will be involved in the TESS and PLATO space missions, whose goal is to detect exoplanets and search for Earth-like planets. The ESO 1.52-metre telescope will also study pulsating stars and will likely help shed light on the process of star formation and extinction. “We will be able to describe large gaseous exoplanets and will constitute the first step in characterising small terrestrial planets,” Kabáth added, having just returned from the Atacama Desert in Chile, where the Czech flag is now flying over the four-storey dome of the ESO 1.52-metre telescope.