One hundred years of polarography

A whole century has passed since the discovery of polarography, which represents one of the most important Czech contributions to the world science. The method of electrochemical analysis was discovered by Jaroslav Heyrovský, who was awarded the Nobel Prize in Chemistry for it. It allowed to detect even very small concentrations of substances in a solution, and it found its wide application not only in research but also in industry. Nowadays, scientists at the J. Heyrovsky Institute of Physical Chemistry of the Czech Academy of Sciences continue to develop the legacy of the famous scientist.

"Professor Heyrovský, you are the founder of one of the most important methods of contemporary chemical analysis. Your apparatus is extremely simple, just a few drops of mercury falling, but you and your colleagues have shown that it can be used for the most diverse purposes," was said on 10th December 1959 at the Nobel Prize in Chemistry ceremony.

The Nobel Prize was awarded to Jaroslav Heyrovský. The Czech physical chemist was nominated for the prize a total of eighteen times, not only in chemistry but in three various fields. Polarography analyses the content of substances in an electrolytic solution with a mercury electrode, it was considered a ground-breaking method in its time and laid the foundations for many modern analyses. 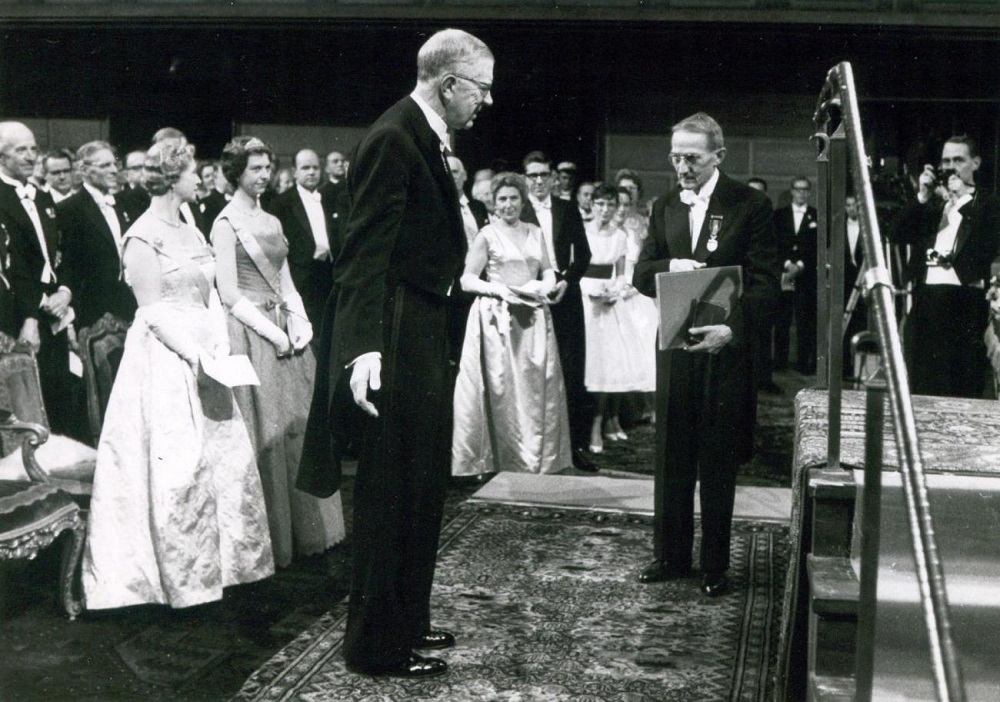 A breakthrough for the discovery of polarography was Jaroslav Heyrovský's meeting with a physicist Bohumil Kučera in 1918. Kučera's research focused on so-called electrocapillarity, i.e., variations of the surface tension of a metal (in this case mercury) as the applied electrical voltage changes. It was in his laboratory where Heyrovský, after a series of experiments, refined the measurement method and then, on 10th February 1922, described the phenomenon that became the basis of polarography.

Jaroslav Heyrovský noticed that if he put electrodes (a cathode made of mercury dripping off and an anode made of mercury lying at the bottom of the container) into a solution with a solute and then varied the DC voltage between them, at a certain moment a current would begin to flow through the solution. This moment is recorded on the resulting polarogram curve as a step, technically a polarographic wave. From this waveform it is possible to determine the concentration and the type of substance in the solution. The concentration of the substance was directly proportional to the height of the polarographic wave, and the type of substance was determined by its position on the potential axis. As a result, the analysis was not only qualitative but also quantitative. Historical photo of a polarograph from 1924

Electrode made of dripping mercury

The first polarograph saw the light of day in 1924, with other models being developed towards the end of the 1930s. After World War II, polarography began to be applied outside of chemical research in the commercial sector, and large companies invested in its development. The ability to analyse composition quickly and accurately was valued in many industries, including the food industry. In medicine, it helped save lives by analysing body fluids.

The technique was most popular during the 1950s and 1960s. At the Expo 58 exhibition in Brussels, where Czechoslovakia devoted one of its two expositions to polarography, it won a worldwide recognition.

Polarography was characterised not only by its simplicity but also by its high sensitivity. The mercury droplet electrode, which was periodically dripped from the mercury reservoir through a capillary into the solution, was always clean and its surface was atomically smooth, so that the measurement results were not affected by impurities or previous measurements.

"The polarographic measurement and the evaluation of the curves was fast and the recorded polarogram was a permanent objective proof of the analysis and its result," summarises Tomáš Navrátil from the Jaroslav Heyrovsky Institute of Physical Chemistry of the CAS, adding that this was the first fully automatic analytical method that also successfully measured very low concentrations of substances in a solution (10-5 mol/l).

The method did not require expensive instruments or expensive operational equipment. The polarograph could fit into a small laboratory, and researchers have even taken some of the more mobile versions of the instrument into the field. The consumption of chemicals was also very low. 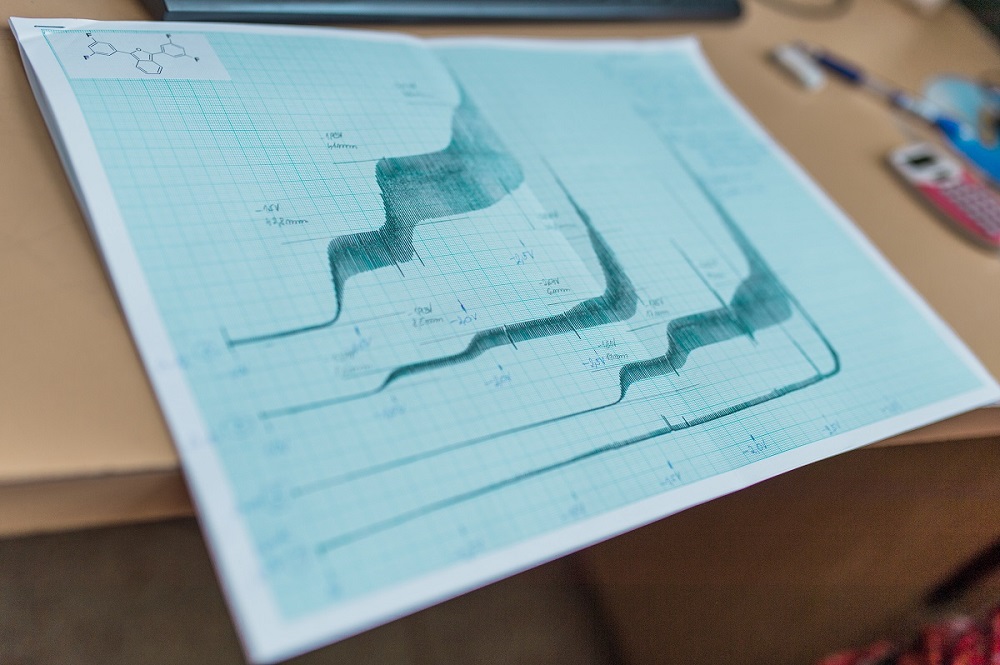 A polarogram recording of the analysis. The steps on the graph, the so-called polarographic waves, which correspond to the individual substances in the solution, are clearly visible.

The base of modern methods

Nowadays, polarography is no longer used outside the scientific field, but without it, a number of techniques used nowadays would not exist. "Many modern methods of analysis can be considered as derived from polarography. The principle is very similar, a DC or AC voltage is inserted, and the current is measured (or vice versa) and various types of electrodes are used. All of this proves the historical importance of Heyrovský's discovery," summarises Tomáš Navrátil and points out that thanks to a group of scientists from the polarographic school, other fields of physical chemistry and new discoveries have been made that help in everyday life: in health care, environment protection or energy storage. According to Tomáš Navrátil, polarography still holds a privileged position in basic chemical research.