On the way to the Sun and Jupiter

It has already been 23 months since the Solar Orbiter spacecraft left the Earth. Now, it enters its main scientific phase and soon, it will observe the Sun and its characteristics from a close distance. This very complex scientific space laboratory carries four Czech instruments on board. Moreover, Solar Orbiter is not the only recent space project with the Czech trace: the JUICE spacecraft will launch to Jupiter soon and Czech scientists and engineers are a part of the mission team.

Solar Orbiter should be the one to take the closest ever images of the Sun, observe the solar wind and the Sun’s polar regions like never before, unravelling the mysteries of the solar cycle – that is the official, yet even poetic description by the European Space Agency. 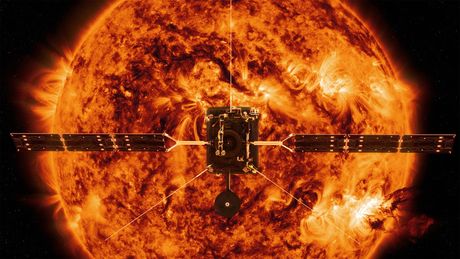 A dangerous manoeuvre before the main scientific mission

The importance of this space mission is obvious: the Sun, our life-giving star, keeps puzzling scientists despite centuries of research.

On its way to the Sun, Solar Orbiter had to return to the Earth for a flyby just before the start of its main scientific phase.

"Solar Orbiter will use the Earth's gravity to bend its orbit towards the Sun. Similar manoeuvres around different planets are used by most interplanetary probes to correct their orbits, as this brings significant fuel savings," explains Jan Souček from the Institute of Atmospheric Physics of the Czech Academy of Sciences (CAS).

However, this manoeuvre was not without a risk – Solar Orbiter needed to pass through clouds of space debris around the Earth. 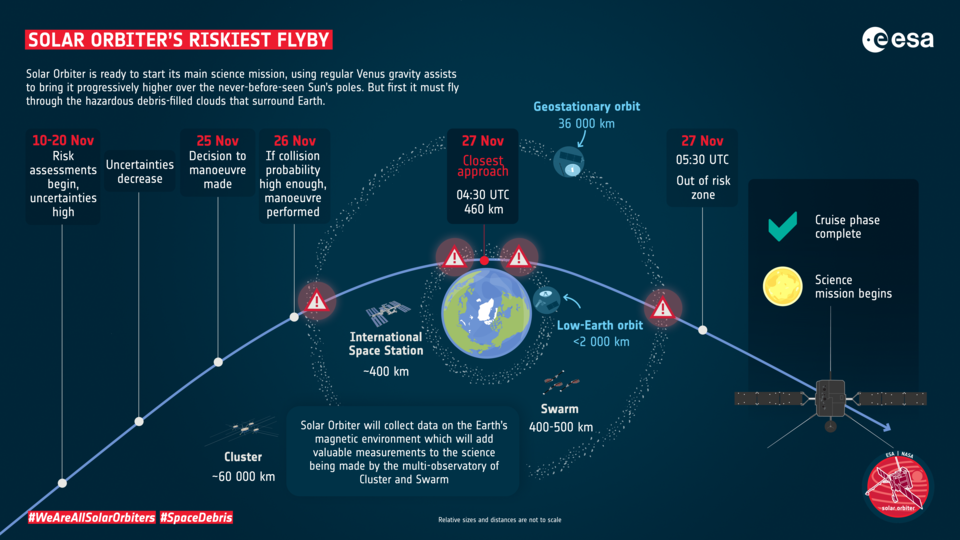 The riskiest flyby's infographics - click for a better resolution.

Fortunately, the spacecraft performed the critical flyby on the 27th of November 2021 without any incident and remains in a perfect technical condition.

So the unravelling of the Sun’s mysteries may begin…

Czech scientists in the first line

Scientists and technicians from the Czech Academy of Sciences, Charles University and several Czech companies have collaborated on four (out of ten) instruments on board. Experts from the Czech Academy of Sciences participated on the design and development of three of those instruments and now they have the opportunity to analyse the received data. By now, the data from the previous phase of the mission, the cruise phase, have served as a basis for more than 50 scientific papers published recently in a special issue of the Astronomy & Astrophysics journal. 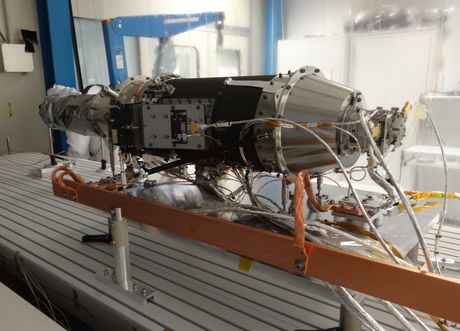 The METIS is one of the "Czech" instruments on board. Here in the lab during tests.

One of the devices directly providing the scientific data is the TDS (Time Domain Sampler) wave analyser developed at the Institute of Atmospheric Physics of the CAS. The instrument has been operating continuously since the last spring, returning detailed measurements of a variety of electromagnetic wave phenomena. In October, for example, it managed to measure the faint magnetic component of radio waves during a so-called “type III radio burst”, a natural radio wave emission originating from a solar flare.

Life on Jupiter or its icy moons?

Solar Orbiter is far from being the only space mission in which scientists from the CAS are involved. For example, the JUICE (Jupiter Icy Moons Explorer) spacecraft is now in the preparation phase and will explore the planet Jupiter and its moons.

After the launch in 2023 and a long interplanetary cruise, the probe will finally arrive to the Jupiter system in 2030 and start its four years scientific mission, studying in detail the giant gaseous planet and its three largest moons: Ganymede, Callisto, and Europa. Its aim is to try to answer some age-old questions, such as: What are the conditions necessary for the formation of planets? Are there conditions suitable for life? 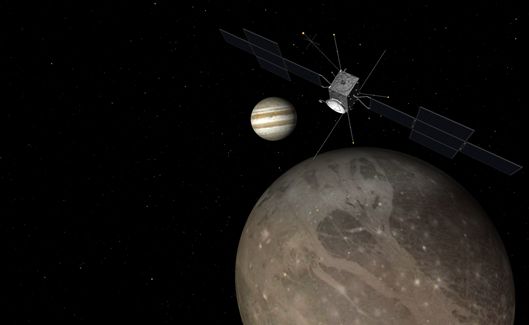 The Astronomical Institute of the CAS has designed a power converter providing regulated supply voltages for one of the scientific instruments on JUICE, the Radio and Plasma Wave Instrument (RPWI). The Institute of Atmospheric Physics of the CAS developed a digital low frequency wave analyser module for the same instrument. The RPWI, which is already integrated on the spacecraft, will measure electromagnetic field oscillations and plasma properties in the vicinity of Jupiter and its moons.

So far, the latest contribution to the success of the JUICE mission has been made by the Institute of Scientific Instruments of the CAS, where scientists have tested the thermal emission rate of a special coating intended for space with their own cryogenic apparatus. Thermal control of space probes is highly dependent on the thermo-optical qualities of the materials, i.e., the ability of the surface to emit/absorb thermal radiation at a given temperature. 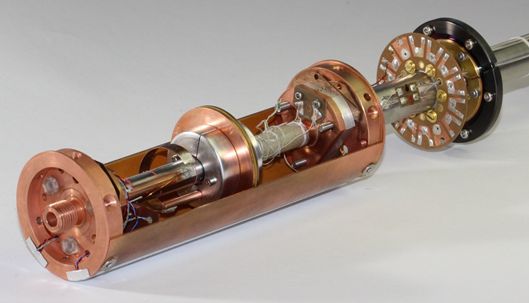 The unique Czech measurement method uses the cooling of a special cryogenic apparatus with liquid helium in commercial Dewar vessels and it allows accurate measurements over a wide range of temperatures (from 10 K to 320 K, i.e., approx. -263 °C to 47 °C) and emissivity or absorptivity (from 0.1% to 99%). This apparatus was designed and developed by the scientists at the Institute of Scientific Instruments.