Gender equality as a condition for awarding grants could herald change, researchers say

Women in research and leadership positions, equal pay and pay transparency, gender-based violence in academia, appropriate conditions for working parents (researchers). These and other gender issues were discussed by experts during the conference “Plans for gender equality: towards change”, organised by the Centre for Gender and Science (NKC) of the Institute of Sociology of the CAS.

For a long time now, the Czech Republic has continued to be ranked among the last in the European Union in terms of gender equality. The representation of women in science in the Czech Republic is one of the lowest, comprising 27%, with only the Netherlands having a lower number of female researchers. “Although there is a higher number of female university graduates, women are significantly underrepresented in science. In my opinion, we are not utilising the potential of half our population, and this is something we cannot afford,” said Helena Langšádlová, Minister of Science, Research, and Innovation, who attended the conference.

She added that a planned amendment to the Higher Education Act, which aims to improve conditions for PhD students, could create suitable conditions for young talented people in science. “I would also like, and my colleagues and I are already discussing this, for PhD students’ studies to be recognised as work experience and for female doctoral students to be entitled to maternity leave, but achieving this will not be easy,” Langšádlová said. 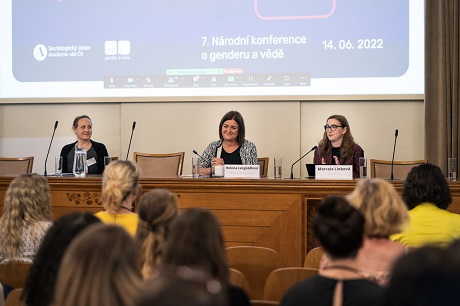 The Czech Minister of Science, Research and Innovation, Helena Langšádlová, supported and attended the conference.

Grants and equality
The main objective of the conference was to share experiences in the development and implementation of plans for gender equality, which newly involve many research institutions. Starting in 2022, the EU requires these plans to be in place as a condition for awarding research grants from the Horizon Europe initiative, which includes, for instance, the most prestigious ERC grants.

All public and private universities and public research institutions are required to submit a gender equality plan. Many of them already have one or are working on one. From 2023, the Czech Science Foundation (GAČR) will also require such a plan as part of grant applications.

“An institution must be willing to look inward, to carry out an audit that can identify potential inequalities, whether in terms of gender or, for instance, age. Based on this, it can then create a gender equality plan,” explains Marcela Linková, head of the Centre for Gender and Science (NKC) at the Institute of Sociology of the CAS.

A key condition required by the EU is that the institution in question must allocate resources to implement this plan, and its management must publicly declare support for the plan. During the conference, experts discussed the challenges of carrying out these plans and their experiences in overcoming any obstacles. They gave advice on how to approach the prejudices that surround the topic of gender, how to gain the necessary support from institutions, and how not to lose hope. 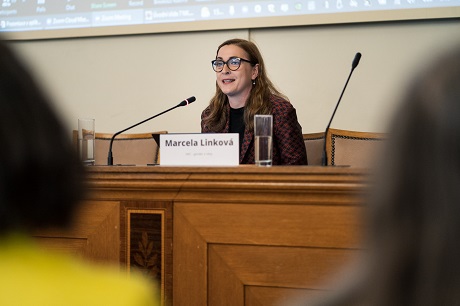 Marcela Linková, Head of the Centre for Gender and Science (NKC) at the Institute of Sociology of the CAS

Prejudice and support
“The issue of gender equality is not well-recognised by the management of institutions. For example, a strong prejudice exists here against female researchers. According to many, motherhood is one reason that female researchers will never be able to commit 100% to their work and will not achieve good enough results,” Linková said.

Tomáš Suk, who is responsible for improving working conditions and the gender equality plan at the Institute of Czech Literature of the CAS, also pointed to the prejudices burdening gender issues. “In my experience, people incorrectly associate the solution to gender issues with the introduction of quotas,” he said during the conference.

Another CAS institute that already has a gender equality plan in place and is working on providing equal opportunities is the Institute of Physics (FZU). “We are not only focusing on gender but also trying to create equal conditions and opportunities for all our employees regardless of gender, age, or nationality. We promote and care about finding a balance between personal and professional life,” said Patricie Waisrová from FZU, where employees can, for example, take advantage of flexible or reduced working hours, work from home, and have visiting rooms where they can also spend time with their children. 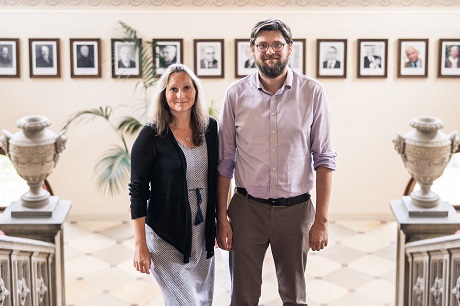 The gender pay gap between men and women is also a topic frequently discussed. The Institute of Physics has already started work on an analysis of about 200 employees, focusing on levels of work responsibility and grant accessibility. The Centre for Gender and Science (NKC) of the Institute of Sociology of the CAS helps the scientific community facilitate advocacy for change. In addition to offering materials that are available to the public including an e-learning course and guidelines, the NKC provides individual consultations.