Evolution in a glass of milk: how we adapted to dairy consumption

For some people, milk is a fairly common component of breakfast, lunch, and dinner. However, not everyone can actually consume it. Some of us have not developed the specific mutation in the gene for digesting lactose – a sugar that is part of the milk produced by almost every mammal on our planet. It was only relatively recently that researchers began to investigate where the human ability to digest milk came from and how it evolved. They looked for answers in the DNA of African herders, which is thousands of years old. It turns out that the ability to break down lactose is the result of a long and fascinating evolution that dates far back into our past.

Picture this: year zero will not occur for another six thousand years. We find ourselves in an age that will later be called the Neolithic. On the plains of the savannah, a group of herders is raising cattle. Their small herd of cows, goats, and sheep serves them not only as a source of meat, but also as a source of milk they can consume in the hot climate. What the herders cannot know is that one day, thousands of years from now, they will provide researchers the opportunity to glimpse into the very evolution of humankind. Less than two years ago, eight of their preserved skeletons were found in the arid regions of present-day Kenya and Sudan. Archaeologists took samples of their tartar (dental plaque) and managed to reveal their dietary habits. What did they discover?

For example, they identified traces of proteins found exclusively in the milk of mammals, which means that milk and its products were undoubtedly part of our ancestors’ regular diet. It comprises the oldest evidence of animal milk consumption in Africa – and probably the whole world. 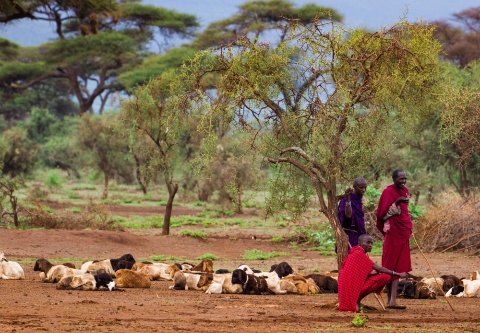 Goat milk is still a popular dietary supplement among the inhabitants of Kenya today.

An additional discovery has been revealed by DNA analysis of the bones, suggesting that the inhabitants of Africa at that time could not yet have developed the genes to digest milk during adulthood. So how is the drinking of milk related to human genetics, you may ask? The answer to this question applies not only to our herder ancestors, but also to modern humans in the 21st century. In fact, some of us don’t even possess these genes to this day.

Genetics in a glass of milk
The milk produced by most mammals (including humans) contains lactose, a disaccharide which is not only present in fresh milk, but in pasteurised milk as well. A litre of store-bought cow’s milk contains up to 53 grams of lactose. The substance is very important for young mammals in development, serving as their main source of energy in the first months of their life.

In order to benefit from lactose, the young mammal must break it down into more easily digestible sugars in its small intestine. This is done by an enzyme called lactase. In humans, lactase production is highest in infancy. But as a person ages, their small intestine stops producing this enzyme. This is why older people can have digestion issues after drinking milk. Once undigested lactose reaches the large intestine, it starts to ferment. This can lead to uncomfortable bloating, abdominal pain, diarrhea, and vomiting. 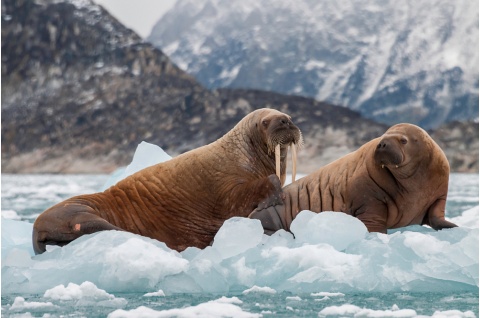 Lactose is present in the milk of most mammals. However, in the case of pinnipeds, such as sea lions and walruses, lactose has not been detected.

Yet most people do not have a problem with dairy. How is this possible? Researchers have described several variants of a genetic mutation that allows the human body to produce lactase even later in adulthood. This is called lactase persistence. “There is a total of five mutations which probably arose independently of each other,” explains Edita Priehodová from the Institute of Archaeology of the CAS in Prague. “We can find one specific variant in Europe, another on the Arabian Peninsula, and the remaining three probably originated in East Africa.”

Cereal with milk is not for everyone
Currently, about a third of the world’s population has one of these genetic mutations. But it’s more common in certain parts of the world than others. In northern Europe, for instance, scientists have detected it in almost 96% of the population of Scandinavia or the UK, but its prevalence declines the closer we get to the equator. In Europe, about half of all adults have the mutation.

In our country, the Czech Republic, it is found in the DNA of about 80% of the population. So it’s possible that one in five of your friends gets unwell from drinking milk. In contrast, the mutation is almost non-existent in some Asians, such as the Vietnamese or South Koreans. In China and India, about 15% of the adult population has it. Why this is so, researchers still aren’t sure of.

Did you know that so-called lactose-free milk is regular cow’s milk that contains added lactase? This breaks down lactose into simple sugars that our digestion can easily handle. But in the past, it wasn’t cow’s milk that people drank first. The first animal to be domesticated for this purpose was the sheep. Then came goats, and only then cows, horses, and donkeys. Donkey’s milk is the most similar in composition to human milk and in ancient times was used as infant formula.

A tool of adaptation in different environments
It is not known exactly why the mutations appeared in humans. According to one theory, the changes in the genes occurred at a time when herders were inhabiting the plains of Africa, i.e., during the Neolithic Revolution, when human society was undergoing changes that lasted thousands of years. A hunter-gatherer society was transitioning into one based on domestication – crop cultivation and, even earlier, on cattle breeding.

In harsher climates, such as those of the savannah, water is relatively scarce, and animal milk could have been a welcome and affordable alternative. In addition to hydration, herders also used milk to replenish their energy needs. 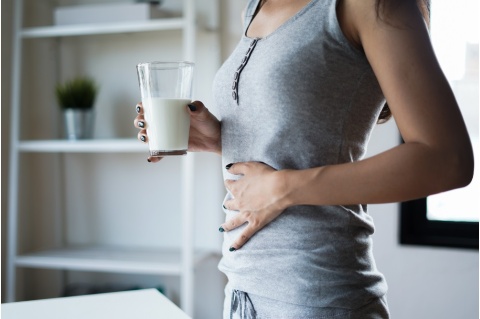 If you don’t feel well after consuming milk, lactose may not be the culprit. You could be allergic to cow’s milk protein, an allergy which affects around 2–5% of people in the Czech Republic.

Another theory tries to explain the mutation in the inhabitants of northern Europe. Here, a lack of sunlight and the vitamin D that comes from it play a role. If the body doesn’t get enough vitamin D, it can’t process minerals such as calcium and phosphorus. This can result in conditions such as osteoporosis or rickets. By drinking milk, Northern Europeans were able to add calcium and vitamin D to their diet and avoid these unpleasant diseases.

There are plenty of plant-based alternatives to milk that do not contain lactose. They are made from soya, rice, various types of nuts, or even oats. However, each of these contains different nutritional values and may not be suitable for everyone. For example, rice milk is not recommended for young children because of its higher arsenic content.

The history of milk and humankind
Archaeological finds such as the skeletons of African herders reveal the habits of people in the past, but they are also the key to understanding people today. They show us that the seemingly banal ability to digest milk is the result of thousands of years of evolution.

But many questions remain. It is impossible to determine whether the milk proteins researchers found in the tartar of the skeletons came from fresh milk or whether Neolithic herders were so provident that they fermented milk and preferred to consume dairy products that didn’t cause digestive issues.

Indeed, even people who do not have the gene for digesting lactose to this day do not have to give up dairy altogether. In addition to lactose-free milk, they can enjoy butter, certain types of yoghurt, and hard cheeses without any problems. In these products, bacteria transforms lactose into safe lactic acid.