The small town of Liběchov is located just over fifty kilometres north of Prague. At first glance, it has a calm ambiance, much like the surfaces of rivers and streams in the nearby region of Kokořín. At the bottom of these bodies of water found in this protected landscape area, we can find spotted fish of the genus Cobitis. These inconspicuous animals are of particular interest to researchers at the Institute of Animal Physiology and Genetics of the CAS due to their mode of reproduction: they clone themselves and thus constitute ideal model organisms for evolutionary studies.

Freshwater spined loaches are the focus of attention for Karel Janko from the Laboratory of Fish Genetics of the Institute of Animal Physiology and Genetics of the CAS (IAPG) in Liběchov. He is particularly interested in the way these fish reproduce. Hybrids can be found among the local population of spined loaches that do not reproduce sexually, as is typical for them. In fact, the genome of one parent and offspring is identical in hybrids; they reproduce by cloning themselves. The speckled spined loach lives buried in the sand at the bottom of calmer rivers all across Eastern Europe.

The beginnings of the Liběchov story of spined loach research date back to the 1970s. The project founder, ichthyologist Petr Ráb from the IAPG, noticed along with his Russian colleagues that the fish populations in both Czechoslovakia and Russia contained individuals with mutations in the form of three sets of chromosomes. "And in all cases, these were exclusively female specimens," Petr Ráb recalls the first impetus for further research. "Moreover, in certain years, all males almost completely disappeared from the loach population," he adds.

The explanation was so-called gynogenesis. The idea that males appear in cycles due to the offspring of female hybrids being also exclusively female. Laboratory crosses between a common male and a hybrid female specimen confirmed the hypothesis, with researchers discovering a generation of hybrids that has been able to reproduce by means of cloning alone. 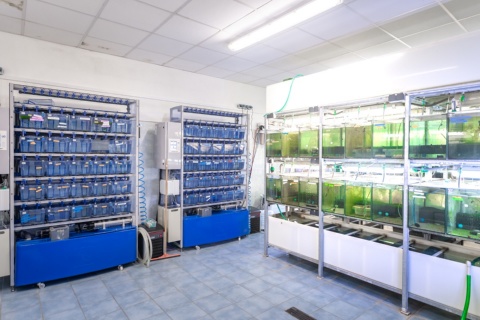 The research lab in Liběchov has a long history and has yielded results that have become the basis for a number of scientific papers.

In sexual reproduction, the offspring receives half of its genetic makeup from the egg and the other half from the sperm. The resulting DNA is a combination of the genomes of both parents. This is how most so-called “higher animals” reproduce. However, we can find females among the spiked loach that have replaced sexual reproduction with clonal reproduction. The genome of their offspring, also female, is identical to that of the mother and bears no resemblance to the father. But that does not mean these hybrids do not need a male to reproduce. Their eggs, incapable of dividing themselves, require male sperm to do so. Once the sperm enters the egg, it is destroyed and the father's DNA is expelled. The egg only extracts the proteins it needs in order to develop. The male only invests the reproductive potential without passing on his genetic makeup. Hybrid loach thus behave like sexual parasites. 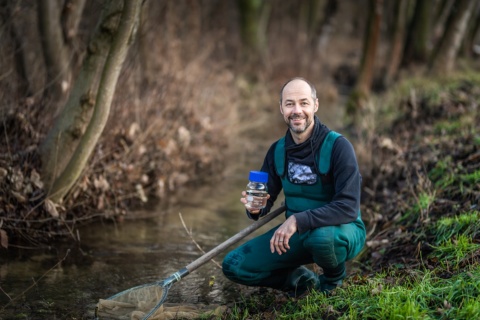 The research of ichthyologist Karel Janko from the Institute of Animal Physiology and Genetics of the CAS involves a lot of fieldwork in the region of Kokořín.

Turning back to the calm waters of rivers and streams in the Kokořín region, Karel Janko recalls his studies. It was many years ago, in these very places of the Pšovka brook, that he first caught loach specimens for his dissertation. Since then, much time has gone by, and today, thanks to Janko’s research, we know that behind the mask of this plain-looking fish, we can find a unique organism. The spined loaches have the ability to modify their genome and get rid of parts of it – a process that leads to degenerative changes in other animals, but which the spined loaches use to their advantage, adapting to an ever-changing environment. The rivers, then, only appear calm at first glance, with almost incredible genetic changes occurring mere feet beneath their surface.

Read more about the subject in the A / Věda a výzkum magazine (Czech only):