The number of COVID-19 infections in the Czech Republic is on the rise again. The Omicron subvariant known as BA.5 is to blame. Why is it spreading, even though the warmer summer weather should be slowing it down? “The COVID-19 virus in its current subvariants is ten times more infectious than the original one was two years ago,” says Jan Pačes from the Institute of Molecular Genetics of the CAS. He says the number of hospitalisations will increase in the coming weeks, but severe cases should be rare. However, he expects a new subvariant to replace BA.5 in autumn, and the course of the subsequent wave could be more dramatic. More below.

Why is the BA.5 strain of the Omicron variant spreading so easily?

The previous subvariant, known as BA.2, successfully thrived all over the globe. But with each such ‘success’, society strikes back with an antibody response: now the BA.2 variant cannot spread as easily because antibodies prevent it from doing so. And that is why the BA.5 subvariant has outgrown the older strain – it is currently antibody-resistant.

How come COVID-19 is mutating so rapidly?

The virus isn’t actually mutating quickly at all. It only undergoes 25 mutations a year, and that hasn’t changed during the span of the pandemic. Imagine it as if we only had one infected person. The virus would only pass on to one other person, who would pass it on to the next person, creating a single string of infections. At the end of the year, we would find one single new variant that differs from the original one by about 25 mutations.

However, the virus actually spreads in populations of hundreds of millions of people, so hundreds of millions of variants emerge in a single year, each one with some 25 mutations. No other virus in known history has ever had the entire planet and so many possible hosts at its disposal. Allowing one variant to multiply within the population enables a new variant to rapidly evolve. From a virological point of view, this is the worst thing we can do as a society. 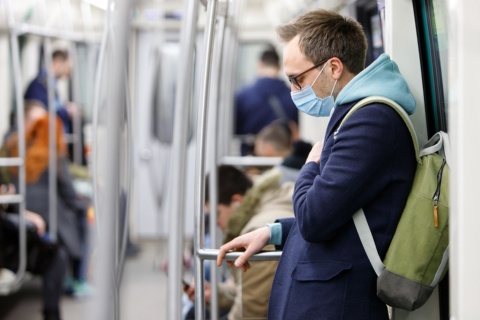 The pandemic is far from over, and the virus is still ever-present in the population with space for rapid change.

So the human population constitutes a sort of laboratory for the virus?

It’s more like we’re really cultivating it ourselves. The evolution that viruses undergo in nature for tens, hundreds of years occurs here in a matter of months. Some viruses that are millions of years old haven’t changed this dramatically in their entire lifespan. The COVID-19 virus is changing and our immune system can’t keep up. Most people who have had the Delta (B.1.617.2) variant are still protected against it. But they are protected against a variant that no longer exists.

So what are the specifics of the BA.5 variant that is currently spreading through the population in contrast to the previous ones?

Well, let me first mention how it relates to Omicron, for which virologists are using the BA designation. The subsequent numerical designation then defines the various subvariants which have undergone minor evolutionary changes. So the BA.2.12 subvariant means that it is a descendant of BA.2. The current BA.5 strain, which is spreading through the Czech population these days, is a descendant of Omicron, but it constitutes a parallel branch of the virus that has undergone its own evolution. Therefore, it has a different numerical designation compared to the previous predominant variant.

You can read that this variant spreads faster, that it is more aggressive, but this is just a consequence of the fact that it has better conditions for spreading throughout the population. In short, the BA.5 is able to evade the immunity acquired from the previous variant. But even this wave will be replaced by another. In the Czech Republic, the wave of BA.5 is just beginning, but in Portugal, for example, it has already ended. Based on the experience there, we can expect an increase in infections and hospitalisations here as well, but there shouldn’t be as many severe cases as in the past.

What about the effectiveness of vaccines against BA.5?

It is important to note that vaccines have a dual effect. First, they are protective, preventing the virus from spreading and from invading the cell. And second, they have the effect of protecting against the severe course of the disease and acting on proteins within the virus itself. This effect still works very well at a rate of 75–80%. That’s an effectiveness that, for instance, flu vaccines have never had. Even after being vaccinated with the current vaccines available, you can still be positive for COVID-19 and perhaps infectious, but for a significantly shorter period of time. Thanks to the vaccines, the virus does not spread to all organs and parts of the body and disappears quickly, so it has less time to spread to other individuals. 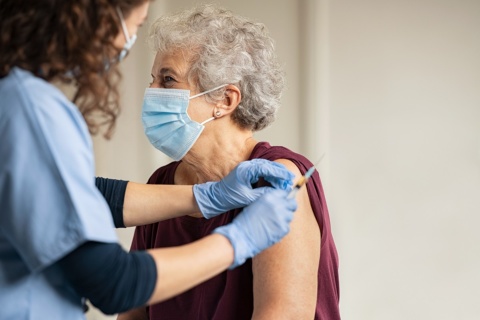 In the Czech Republic, people can register for the fourth dose of the vaccines from 19 July 2022. However, the development of specific ones that would work against the individual variants is behind schedule, just like our immunity is. A vaccine against the original Omicron BA.1 variant will soon be available, but this strain is no longer circulating. By the time there is a vaccine available against BA.5, it will have long been replaced by a new variant. This is why we are still vaccinating with vaccines intended for the original COVID-19 strain, because it is the closest in properties to all the new, as yet unknown variants. In any case, we owe it to vaccination that our hospitals aren’t at full capacity.

Is there data to model the spread of the new BA.5 variant?

There is no data, and some data we won’t ever have at our disposal. Almost everyone has already come into contact with the virus, so it is not possible, for example, to obtain data to calculate the spread in a naive (non-immunised) population. So it is difficult to determine the R0, i.e., the reproduction number that expresses how many people get infected from one individual. All we have at our disposal are numbers relative to the previous ones, and these can be skewed by various factors that are impossible to filter out.

So, according to experts, what developments can we expect?

For the long-term medical outlook and for virologists, the emerging BA.5 variant is no longer of interest. It is clear that infection rates will rise, remain relatively high, and then decline. And then, a new variant will appear. It is the indications that such a new variant is beginning to emerge somewhere that researchers are now observing closely. The next wave will be a bigger problem because it will occur in the autumn.

Are you referring to the current warm weather? It keeps the virus from spreading as fast.

Yes. The BA.5 variant is extremely infectious, so not even the warm weather is helping suppress the virus like it used to. But it still has a substantial effect. If it weren’t for the heat, with people spending more time outdoors, we’d be much worse off. 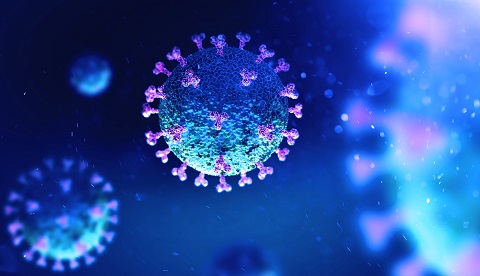 While researchers have much better insight into COVID-19 than most other viruses, its dynamic evolution continues to surprise experts.

Do we have any indication then of what’s in store for us this autumn?

For now, two possibilities are at play: a new subvariant, BA.5.1, will emerge, a descendant of the current one. The second possibility is that the BA.2.75 subvariant, which the media unofficially refer to as Centaurus, will predominate. This strain appeared in India at the end of May 2022 and is spreading much faster than the BA.5 prevailing there. But this may be because the Indian population has not yet dealt with the current variant. It is still too early to say anything definitive about them.

So can we expect the arrival of a new subvariant in the autumn?

Under the present circumstances – definitely. The pandemic has greatly depleted the affected countries, and funding for medicine, testing, and protection against COVID-19 is now generally low. In the Czech Republic, for instance, testing is no longer free. As a result, people are getting tested less and we see much less into what is happening and how the virus is spreading. If we have no testing, we have no data. The anti-pandemic mood and mindset have lost their immediacy, replaced with the idea that the disease is a thing of the past, but it is not.

It is a consequence of a certain illogicality of human behaviour. We defend ourselves against the spread of viruses on many levels: you can’t bring any timber into Japan because the Japanese government is protecting the forests from the introduction of foreign diseases. You can’t bring fresh fruit into California to protect the orchards there. But people? They can travel relatively unrestricted, even if they are sick. Without certain restrictions, testing, screening, and perhaps virological passports when traveling abroad, any variant of such a highly infectious virus will eventually spread. That is perhaps the most important lesson to learn from this pandemic.

Text released for use under the Creative Commons license.