The recent release of 52 lynx into the Polish wild does not meet international criteria, according to Czech scientists and conservationists who point that out. Polish zoologists released the endangered beasts without international cooperation and without sufficient information about their genetic origins. The new inhabitants of the forests may therefore bring more harm than good.

It's called “the spirit of the forest” and only few people have been lucky enough to meet it. It is perfect at hiding from human eyes. It is rare to spot a lynx, partly because it represents a critically endangered animal. Its life is complicated by the fragmentation of the landscape, the lack of corridors, the overcrowding of roads, and poaching. Scientists and conservationists try to save the rare beast, to get it back into the forests.

Several lynx reintroduction programmes are currently underway in Europe. However, the Polish one has provoked Czech experts into action.

From captivity to the wild

As a part of the rescue programme, the Poles released 52 lynx into the wild in the West Pomeranian Voivodeship. According to zoologists from the Institute of Vertebrate Biology of the CAS, Mendel University in Brno, the Šumava National Park Administration and the DUHA Movement, their Polish colleagues did not comply with European rules for returning lynx into the wild. Their mistakes were highlighted in the Biodiversity and Conservation journal. Among other things, Czech experts criticize the lack of international coordination. The released lynxes have grown up in captivity and it is unclear how they will cope with the life in the wild. Moreover, due to the lack of information about their genetic origin, they may endanger the neighbouring lynx populations by unnatural mixing of different genetic lines.

Among the lynx released in Pomerania, Poland, there are individuals that conservationists have sought out among German private breeders, who breed mostly the Siberian-origin lynx. "They are larger than the Carpathian lynx and can therefore compete with or directly threaten their smaller 'cousins'," warns Jarmila Krojerová from the Institute of Vertebrate Biology of the CAS. The Polish lynxes can disperse into the vicinity of native populations such as the Baltic or Carpathian. 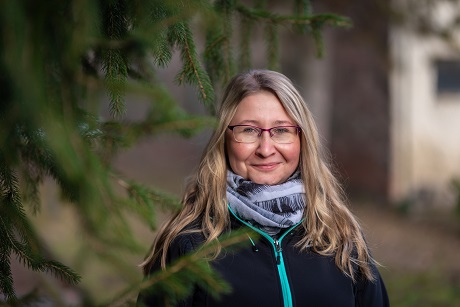 Jarmila Krojerová from the Institute of Vertebrate Biology of the CAS

There is danger awaiting the new forest dwellers also among the humans. Lynx born in captivity can make their life in the wild easier by hunting livestock. According to zoologists, two of the released lynx have already been found in the Czech Republic, in the Czech Switzerland National Park and in the Jeseníky Mountains. The animals showed signs of unusually "bold" behaviour.

A hunter may become a poacher

The largest feline beast of Europe is not the favourite of some hunters, either. In anonymous surveys, 10% of them admitted shooting a lynx although its hunting is forbidden by law. "Tolerance of the lynx by some interest groups of the population is essential for its further protection," points out Jan Mokrý from the administration of NP Šumava. In his opinion, long-term work with the public, sharing correct information, and refuting the rooted myths are important. "But this work can be ruined by a poorly implemented reintroduction programme," warns the zoologist.

A rare moment of capturing the lynx in its natural environment

The lynx used to inhabit virtually all forest areas in Eurasia. It thrived on our territory until around the turn of the 18th and 19th centuries. After that, humans wiped it out, as they did elsewhere in Europe. Thanks to reintroduction programmes, the beasts have managed to return to the forests. Today, they are scattered across the old continent in several isolated populations. Šumava has also experienced a successful return of the lynx: between 1982 and 1989, seventeen wild animals originally from Slovakia were released on the Czech side.