Are hikes in energy prices a threat to the Czech Academy of Sciences?

Energy prices have been afflicting Europe throughout the year, and the unprecedented situation has also affected the Czech Academy of Sciences (CAS). In the November issue of our Academic bulletin e-magazine, directors of the CAS institutes detail how they have been coping with the energy crisis.

To keep the heating on or off, to carry out expensive experiments or postpone them for later? These are not the only questions the management of the Czech Academy of Sciences has been asking itself in the past months, as energy and gas bills have risen so high that some CAS institutes are having to consider which priorities to greenlight and which to put the brakes on. Is there then a growing risk of restrictions on research and the purchase of new equipment?

Eva Zažímalová, President of the Czech Academy of Sciences, confirms the extraordinary nature of the situation: “We addressed the price hike during the Academy Assembly this spring. It was already clear at the beginning of the year that the energy costs for the individual institutes would increase dramatically – in some cases, even fivefold.”

The CAS institutes can get better prices for electricity and gas via a joint purchase at the Czech Moravian Commodity Exchange Kladno. “Currently, thirty-nine CAS institutes are utilising this option directly and another eleven by way of their campuses, with the energy bills set to be re-invoiced,” explains Tomáš Wencel, director of the Centre of Administration and Operations of the CAS which is arranging the purchases. 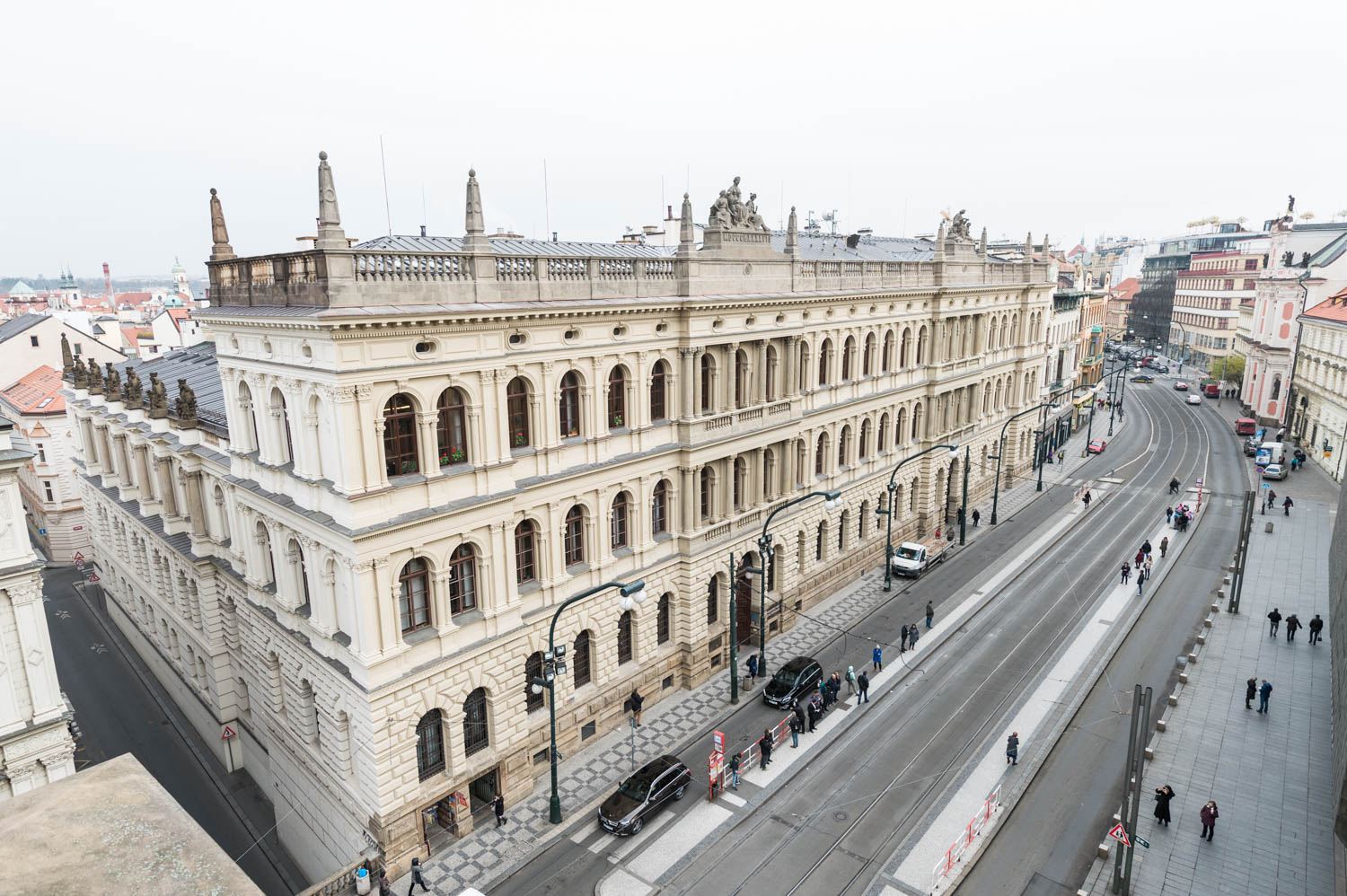 The Czech Academy of Sciences (pictured above are its headquarters) is a complex of 54 public research institutions.

Millions of crowns dished out for extra energy
For the year 2022, the CAS institutes had originally procured the price of electricity of 1,898 CZK/MWh from the LUMIUS company. “However, similarly to other companies, LUMIUS was unable to withstand rising commodity prices and as of 11 January 2022, it ceased its operations and energy supplies,” explains Martin Bilej, Vice President of the CAS and chief “treasurer”.

For three weeks, the institutes had to switch over temporarily to a supplier of last resort, who charged several times higher amounts – specifically, up to around 9,000 CZK/MWh. Martin Bilej adds that the losses during this period were particularly palpable: “This affected mainly our experimental institutes with energy-intensive technologies. Each day at the supplier of last resort meant an additional loss of almost one million crowns.”

After the collapse of LUMIUS, the Centre of Administration and Operations of the CAS tried to tender for a new (high voltage) electricity supplier as quickly as possible. Its first attempt with a bid price of 5,700 CZK/MWh failed. In the next auction, the price of 4,999 CZK/MWh was successfully won. Given the circumstances, the successful auction was a cause for joy, but the more than double price per megawatt compared to the original prices resulted in an unplanned extra expenditure of 145 million CZK per year for the Academy budget.

The critical situation was resolved by the management of the CAS with the Czech government, which agreed to increase funding by 293.5 million CZK – of which 90 million CZK went to the institutes affected by the energy price hike.

Let us add that the total energy consumption of all CAS institutes (obtained from the commodity exchange) amounts to more than 74,000 MWh (electricity) and 41,000 MWh (gas). Prior to the energy price capping, the “jump” between January 2022 and January 2023 at the above-mentioned usage was projected to be 950 million CZK. “Fortunately, the price capping in the coming year will make it easier for us. The year-on-year increase will thus be ‘only’ approximately 560 million crowns,” Bilej explains.

Promising prospects?
For the coming year, the government has proposed an increase in the budget of the Academy by 200 million CZK, and our institution should receive another app. 800,000 CZK as an organisational body of the Czech Republic. Even so, the increased funds will only cover about forty percent of the projected price increase.

“For the 2023 budget, the Academy Council will propose that the Academy Assembly approve an increase in energy spending that would cover an additional 25 percent of the projected price increase. Unfortunately, this would be at the expense of funds for purchasing new equipment,” Bilej notes, adding that compensation for the increase in prices for heating will not be addressed until the beginning of next year, as more detailed data is not yet available.

How are the CAS institutes coping with the current situation and the increase in energy prices? You can find out below in a poll we conducted with the directors of several CAS institutes: