Almost anything can be simulated, says computational chemist

Greenhouse gases are an unwanted byproduct of industrial activity, resulting in global warming. But what if they could be effectively captured and actually utilised? Research by an enthusiastic young scientist, Eva Krupičková Pluhařová from the J. Heyrovský Institute of Physical Chemistry of the CAS, is contributing to the development of a catalyst for converting carbon dioxide into useful substances. An interview with her was published in the CAS magazine AΩ / Věda pro každého and can be read in English below.

The international team you are part of is developing a catalyst that can be used to convert CO2. What exactly is it?

Let’s start with what a catalyst actually is. Catalysts – even the ones our bodies contain – facilitate chemical transformations. From an external point of view, they are not involved in the reaction itself; they are just sort of helpers or guides. For instance, enzymes are catalysts in our bodies; without them, chemical reactions would occur a million times slower.

How could a catalyst for converting carbon dioxide work and what could be its possible uses?

Factories or coal-fired power stations are the source of carbon dioxide, but technologies that can capture and purify the gas directly at these sources already exist today. Our role would be then releasing the CO2 into a so-called electrolyser. This can be a huge vat with electrodes to which we apply an external voltage. Electricity is one of the reactants in a chemical reaction that can convert carbon dioxide into other substances.

So instead of emitting CO2 into the atmosphere, we could use it and convert it into something useful. What substances would that be?

The catalyst should be able to convert carbon dioxide into carbon monoxide, methanol, or formic acid. All of these substances have further industrial applications. For instance, formic acid is used in the rubber industry or in paint production, and methanol is used as a solvent.

The idea of capturing carbon dioxide and converting it into other raw material sources sounds logical. Why isn’t it already being done?

So far, CO2 conversion hasn’t been considered as it wasn’t deemed worthwhile. Industrial production uses mainly fossil fuels, which are, or rather used to be, relatively cheap. That is why behind every coal-fired power station or factory, there is no scrubber to capture the escaping carbon dioxide, pressurise it, and prepare it for further use. But now, with rising prices and scarce fossil fuel resources, that may be changing. 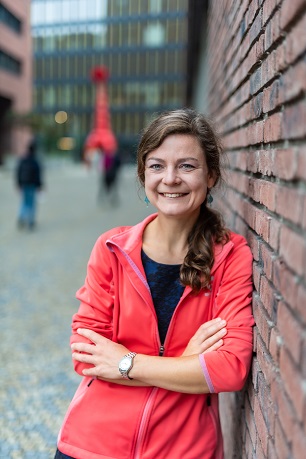 What is it that computational chemists do?

Computational chemists model molecules on a computer. Because a chemical experiment doesn’t show everything, experimenters might ask, “What would happen if I added this admixture to a solution?” We simulate the situation on the computer and look at the whole process at the molecular level.

So these are computer simulations of chemical reactions?

Exactly. We’re expanding the possibilities of experimentation. Depending on the requirements from the team, we add what we need to the program and see what happens. It’s about both explaining precisely what we’ve observed, but also making predictions. Interpretation and experience play a big part in this.

Let’s try to explain even more specifically how the simulation works.

The key is to create a model system and decide how exactly it needs to be described. Of course, I can’t cram a whole test tube into a software program, I have to choose just a few select molecules, sometimes two or three, other times hundreds of different molecules, always in a way for the simulation to best fit the experiment and for it to be possible to calculate it with a certain rate of accuracy.

Do you have a supercomputer to handle the complex calculations?

My desktop computer doesn’t need to be that fancy, but the computer clusters I connect to do. For certain computational issues, just a few processors are needed, but our model system has to be large, so we use supercomputing centres.

“Once you come to understand the basics of computer simulations, almost anything goes.”

It’s easy to imagine a chemistry lab, but all you need for your job is a computer. I don’t imagine a test tube, for instance, is among your daily work tools...

It really isn’t. My colleagues sometimes joke that I just sit around all day drinking coffee and watching videos of molecules. You could really say that’s what my workday looks like. But it’s an exaggeration, of course. In reality, I discuss specifics with my fellow experimenters, find out which components they think are important, and prepare a model system accordingly. I figure out what needs to be in it, which substance I have to convert, prepare all the admixtures, set the temperature and pressure, and then run the simulation. Equally important is searching and reading articles and following new developments in computational methods and programs.

Do you use any specific chemistry software?

I use various programs for quantum chemical calculations, molecular dynamics simulations, and molecular imaging. There are large groups of experts involved in their development, and these programs are often freeware, i.e., free to use. Then there are equations that have long been accepted by the chemical community, but which we cannot solve exactly. That’s why there are so many methods with different accuracy rates, and those are used for the individual steps. I ‘load’ the relevant molecules into the program, run the equations of motion, and then observe what happens in the video. At that stage comes the main task of the computational chemist – i.e., asking the right questions and interpreting exactly what is happening. 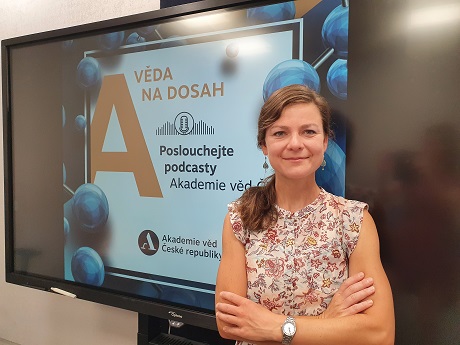 Is computational chemistry already a regular part of the curriculum at Czech universities?

For instance, at the University of Chemistry and Technology or Charles University in Prague, students encounter an intro course in computational chemistry already at the undergraduate level. During their master’s studies, they can then try out methods that allow them to simulate larger files and systems. However, ten years ago, this wasn’t yet a common thing. Today, even a food chemist can run their own quantum-chemical calculations. The programs are freely available with tutorials available on the internet.

I can tell you really enjoy chemistry and that you’ve got your dream job. How did you first get into chemistry? Did you like it at school?

I got into chemistry thanks to my high school professor, Vladimir Vít (Gymnázium Ostrov). He is an amazing teacher; he supported me a lot when I participated in the Chemistry Olympiad, and not only then. It was thanks to him that I decided to study chemistry.

At school, chemistry can often be more about experiments than calculations. How did you get into quantum chemistry?

I’m not from Prague, but thanks to the Chemistry Olympiad (Eva won the world round of the 2005 International Chemistry Olympiad in Taiwan; editor’s note) I met a few professional contacts in Prague and went to see Pavel Jungwirth’s laboratory at the Institute of Organic Chemistry and Biochemistry of the CAS. Pavel Jungwirth is considered a guru of computational chemistry and computer simulations, and I took up an internship with him. So already during my master’s and then doctoral studies, I was exposed to many interesting topics.

You are actively involved in the Open Science program, which offers high school students the opportunity to intern at research institutes. Did your good experience with an inspiring academic environment inspire your involvement?

Absolutely. I owe it to my high school professor and my participation in the Chemistry Olympiad that I now have a pretty interesting life. I’m trying to give back with things like Open Science. Students apply for the projects I’m involved in. They’re interested in them. It’s enriching for me as well, as it forces me think more about how to explain my research. The end of the year always brings the Open Science conference, where you can experience really excellent scientific presentations by passionate students. That makes me very happy and I consider my work with students to be an important outcome of my scientific activity – in some ways perhaps more important than publication in a professional journal would be.

You mentioned that during your studies, you already came across many interesting topics. What can you actually model in chemical computer programs?

For example, I simulated how water freezes in the atmosphere or how radiation damage to DNA occurs. The models can also show us how enzymes work in different environments. I am currently focusing on atmospheric chemistry and astrochemistry in collaboration with Michal Fárník at the J. Heyrovský Institute of Physical Chemistry of the CAS. Once you come to understand the basics of computer simulations, almost anything goes. Of course, I can’t go in depth in every case. On the other hand, many researchers are experts on one certain topic and find it difficult to find common ground with others. So I also see my role as being able to connect different people from different fields.

So in a way, you act as a kind of catalyst.

Yes, you could say that. A catalyst for different ideas and trends. 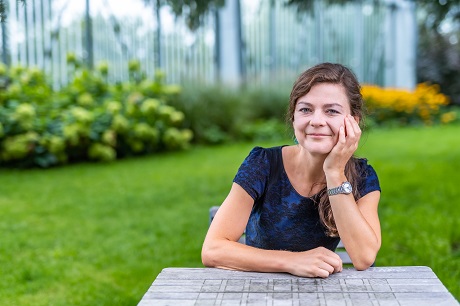 She graduated from the University of Chemistry and Technology in Prague and the Faculty of Science, Charles University. She completed her doctoral studies as part of the team of Pavel Jungwirth at the Institute of Organic Chemistry and Biochemistry of the CAS and the International Max Planck Research School in Dresden. During her postdoc, she spent two years at the École Normale Supérieure in Paris. She received the L’Oréal UNESCO Women in Science Award in July 2022 and the CAS Otto Wichterle Award for Young Scientists in 2019.