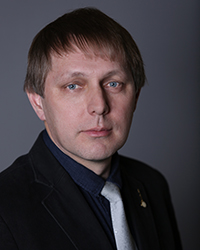 Institute of Scientific Instruments of the CAS

In 2013, he became a member of the Academy Council of the CAS and since 2017 his responsibility has covered the area of knowledge and technology transfer into application sphere and coordination of the utilization of intellectual property. During the first term in the office, he concentrated on the systemization of technology transfer activities within the CAS and on the implementation of recommendations for handling of intellectual property. He currently serves as Chairman of the Council for Cooperation with the Application Sphere and the Council for Utilization of IP.

In his research work, Josef Lazar focuses on optical and laser metrology, methodology of optical measuring techniques, optical sensors, and highly stable lasers for metrology, interferometry and optoelectronics. His research focus includes fundamental methodology as well as applied research. He has been the principal investigator, co-investigator or a member of the research teams in a number of national and international grants and projects. He has published approx. 195 research papers registered at WOS. He currently lectures at Technical University Brno and Palacký University in Olomouc. He is the founder and organiser of the academic music festival A-fest in Park.